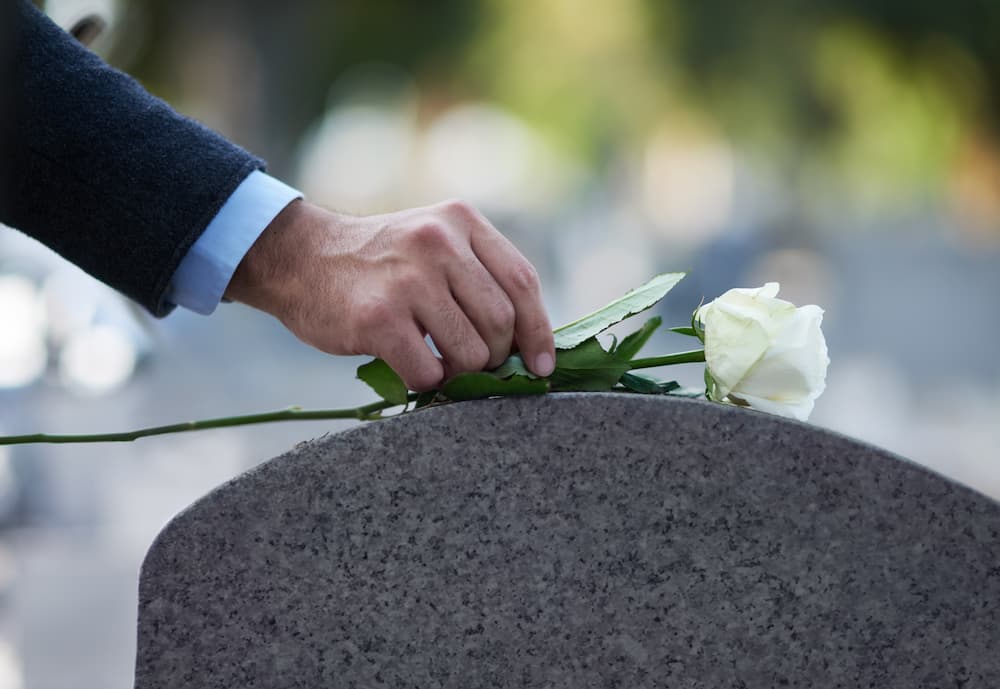 Bereavement refers to the state of having experienced the loss of a loved one. It most often refers to the time after a loss when emotions are at their most profound. This time is marked by intense grief and tremendous sorrow.

The term is sometimes used synonymously with grief and mourning. How people experience this time of grief can vary from one person to the next.

While bereavement is usually associated with death, it can also occur after other significant losses. The end of an important relationship or a major change in a person’s health, for example, can also lead to feelings of bereavement.

People may experience a wide range of symptoms during bereavement, including:

Bereavement is a normal response to loss and is in and of itself not a diagnosable condition recognized by the fifth edition of the Diagnostic and Statistical Manual of Mental Disorders (DSM-5). However, it may sometimes play a part in the onset of other conditions, such as depression or anxiety.

The DSM-5 removed what was known as the “bereavement exclusion” from the diagnosis of major depression. This change made it clear that while bereavement and depression are distinct, depression can occur within the context of bereavement.

“[The] DSM-5 recognizes that bereavement does not immunize the patient against major depression, and often precipitates it. Indeed, grief and depression—despite some overlapping symptoms, like sadness, sleep disturbance, and decreased appetite—are distinct constructs, and one does not preclude the other,” explained psychiatrist Ronald Pies in an article published in the journal Innovations in Clinical Neuroscience.

Bereavement is a response to loss. The circumstances that surround the loss, as well as the closeness of the relationship, can play a role in how intense the grief is that people experience. Some types of losses that can cause bereavement include:

It is important to note that sometimes people are not able to experience bereavement and grief openly, often due to social stigma. This is known as disenfranchised grief.

It can occur when the loss is ambiguous, when there is a social stigma attached to the loss, or when a person’s relationship with the person who has died is not recognized or valued by others.

Everyone experiences bereavement and grief differently. However, it often follows a predictable pattern that is often characterized as a normal response to loss. In other cases, people may experience more persistent symptoms that continue to interfere with their ability to function normally for a longer period of time.

Feelings of grief and bereavement typically occur in a series of five stages:

Psychiatrist Elisabeth Kubler-Ross introduced this stage model in 1969 to describe the process of bereavement following the loss of a loved one. However, she later adapted these stages to apply to other types of grief as well.

While it is often presented as a series of discrete stages, it is important to note that people may cycle through these stages at various points and may sometimes return to earlier states, even years after the loss.

Bereavement is painful and can be exhausting. While it isn’t something that people “get over,” the intensity of these feelings of grief usually lessen gradually over time. Some people, however, experience a more persistent form of bereavement that is known as complicated grief.

This form of bereavement is characterized by intense feelings of sadness and pain that persist for a longer period of time. People who are experiencing complicated grief may experience symptoms such as:

Research suggests that around 7% of bereaved people experience complicated grief.

While it is not recognized as an official diagnosis by the American Psychiatric Association’s diagnostic manual, medical experts have suggested that complicated grief is characterized by symptoms of persistent, acute grief that last six months or longer.

To recognize that long-lasting forms of grief deserve a clinical diagnosis, the American Psychiatric Association added a new condition to the trauma- and stressor-related disorders chapter in the DSM-5-TR (fifth edition, text revision), published in 2022. This condition is called prolonged grief disorder (PGD).

PGD is marked by intense emotional distress and yearning for a loved one at least a year after their death. Someone with prolonged grief disorder will find that their thoughts are preoccupied with the person they lost. The symptoms of PGD are disruptive to everyday life.

There is some controversy surrounding the pathologizing of grief into some form of mental illness. Some in the mental health community don’t support labeling grief as a medical condition, but rather, would rather address the fact that there is no “normal” when it comes to grieving, and its severity exists on a continuum.

Others claim that making grief an official medical condition allows those who experience extreme forms of it to better access treatment—such as therapy and medication if needed—through their insurance carriers.

The experience of bereavement is a natural and inevitable part of life, albeit an incredibly painful part. It often temporarily affects a person’s ability to function normally and can affect nearly every aspect of an individual’s life. During bereavement, carrying on with normal daily tasks, work, school, and relationships can seem difficult or even impossible.

For people who are struggling to cope, professional help may be beneficial. Types of treatment include:

Support groups can also be a helpful place to explore difficult emotions and find social support from people who have had similar experiences.

The American Psychological Association reports that the majority of people can recover from bereavement on their own if they have time, support, and healthy habits.

Some things that you can do when you are bereaved include:

There are a number of different factors that can influence how people cope with bereavement. Access to support, maturity levels, experience with past losses, and the nature of the relationship can all affect how a person manages the loss.

Your own beliefs about death, religious upbringing, and cultural factors may also influence the bereavement and grieving process. A loss that was sudden, unexpected, or traumatic can also affect how people cope in the aftermath.

In such cases, reaching out for professional help can be a way to get the extra support that you need to come to terms with the loss and the emotions you are experiencing.